So this is a long form postmortem. Not just a small update. Firstly we very happy with the game and are already talking about what is next. Some of that will be talked about here too. 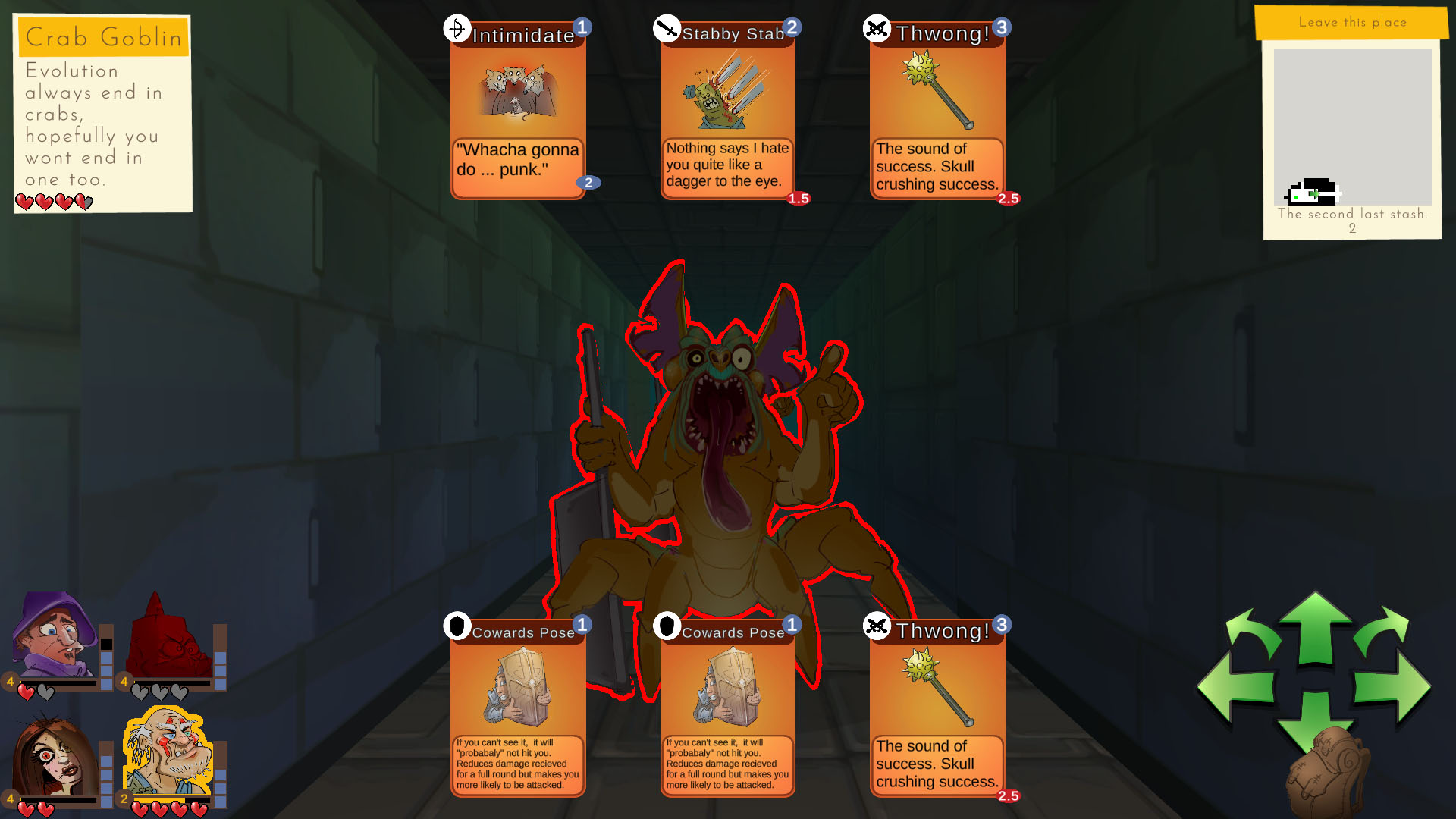 Things we know needed to be better.

There is a temptation to expand the menu out into a small area you play in, if the flow is smooth enough that would be an option.

Things we though went well

Things that we know should have been better

Things we know could be better. 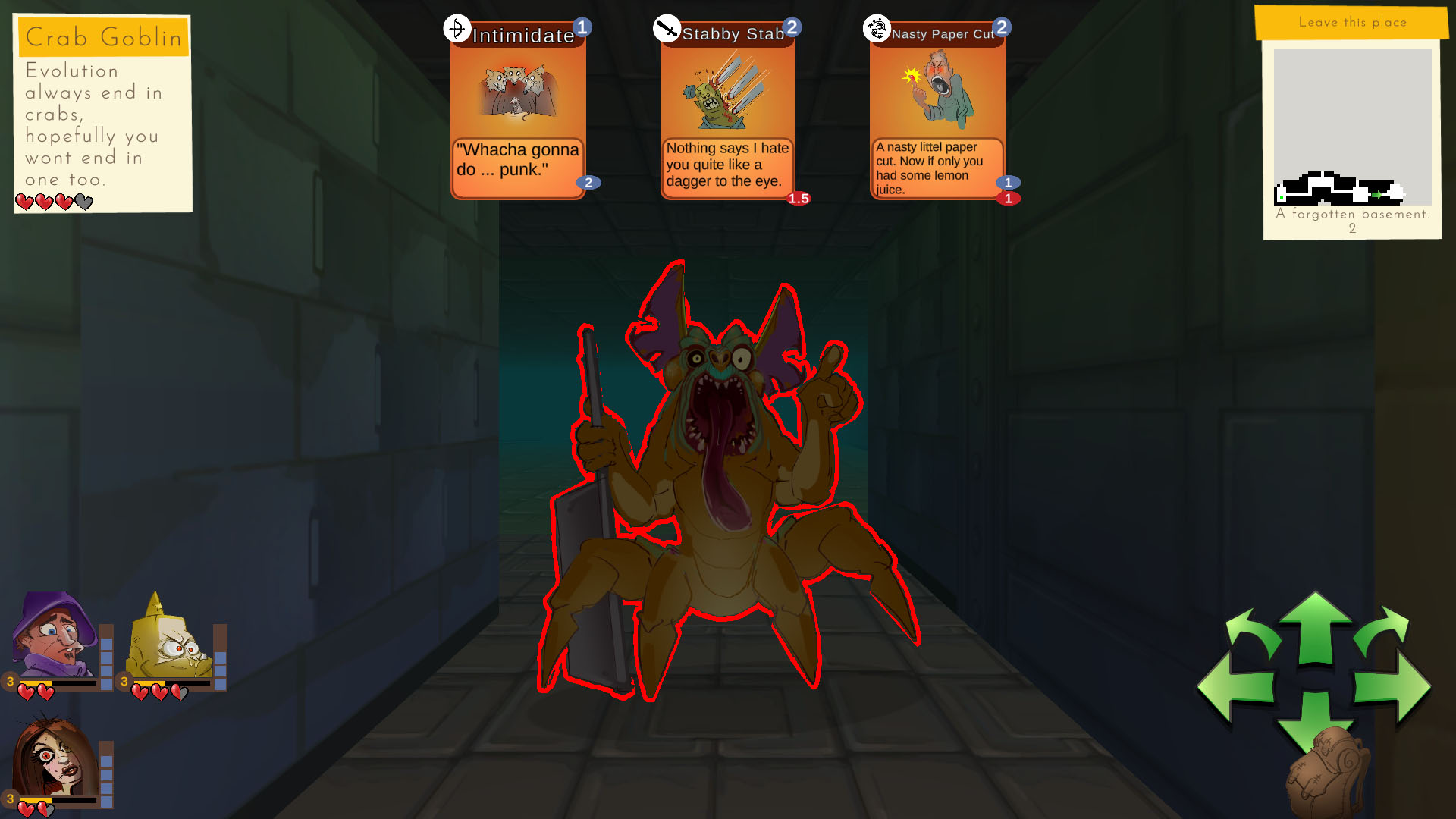 Things we did well

Thing we need to improve 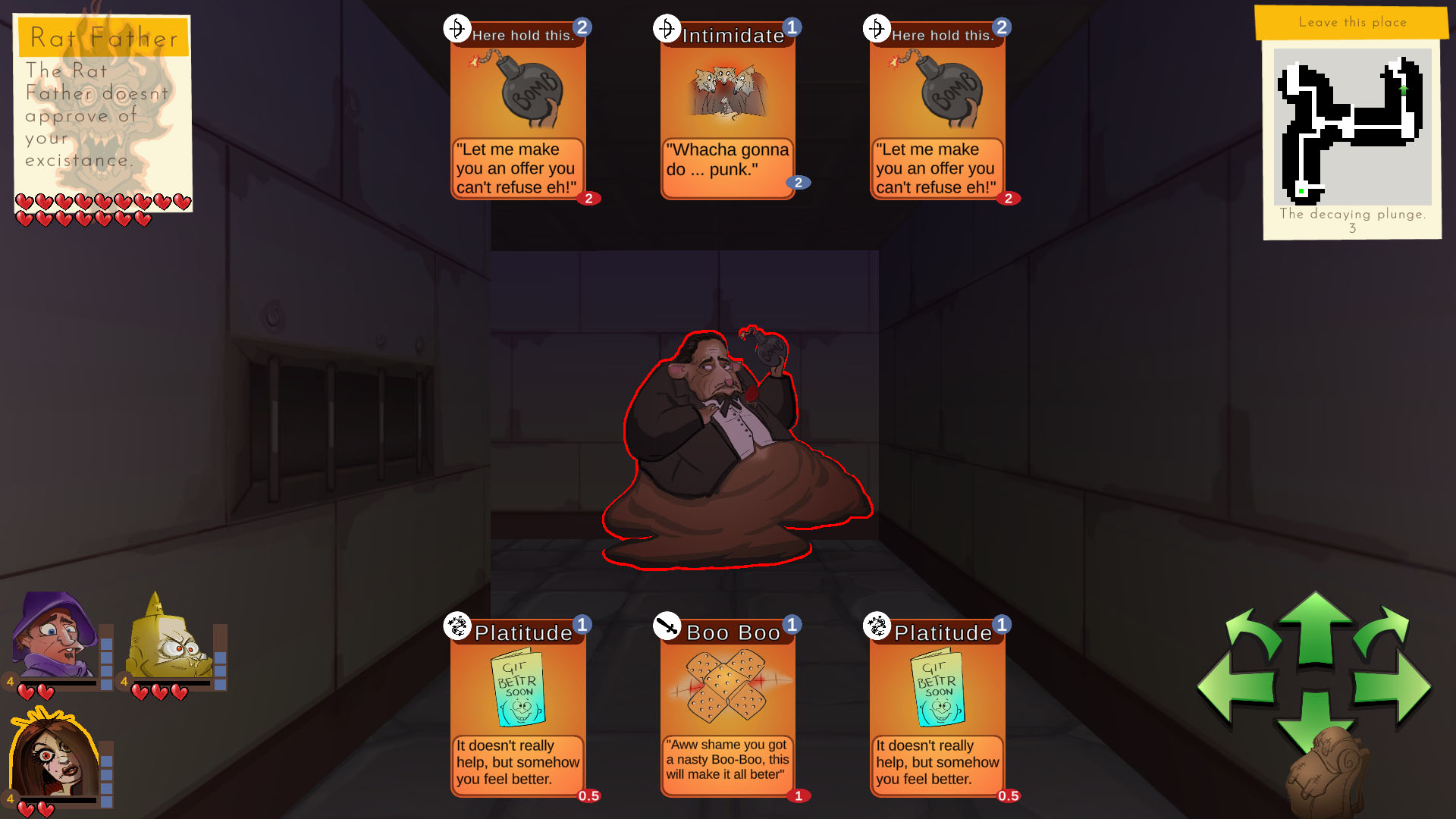 -Graphics We happy with the overall humor that comes through in the imagery. The large factor drawings are great. The small factor things like Icons we tried to be too detailed and had to revert. Better planning on screen use and spacing before would have alleviated that.

Things we did well

Things we could improve

-Data State and Management We picked this up from the very start building suitable models and controllers. This made it much easier to scale with external tools for UI, Quests and Database building. Doing this first in the project made things much smoother latter. Trying to retro fit a Data system in when you need to save or load is a minefield. Having a clear distinction between construct data (that from the database) and fluid data (the instanced localized made things a lot easier too. It was clear where you would get what data.

things we could have improved on.

-Last thoughts We had a really great time and learned a few valuable lessons along the way. This was my first attempt at a card game mechanic and I am pleased with the results. Certainly a skill I plane to develop further.

Thanks you sticking through my typos and various errors. I have not slept is 36 hours so it’s probably worse the usual. I reserve the right to come back and fix things up.