We have made some adjustments to the UI

So a card game is very largely a huge UI undertaking (as we are learning ;) ). Most of the game happens in the UI after all. We still have a long way to go but you know how you eat an elephant. One pixel at a time of course.

For those that just like moving things we got you covered. Here is a video of the walk cycle attack cycles card refreshes and selections.

We have reworked the Monster UI. We are adding a softer edge to things but continue to maintain a hand drawn edge to most of the items. 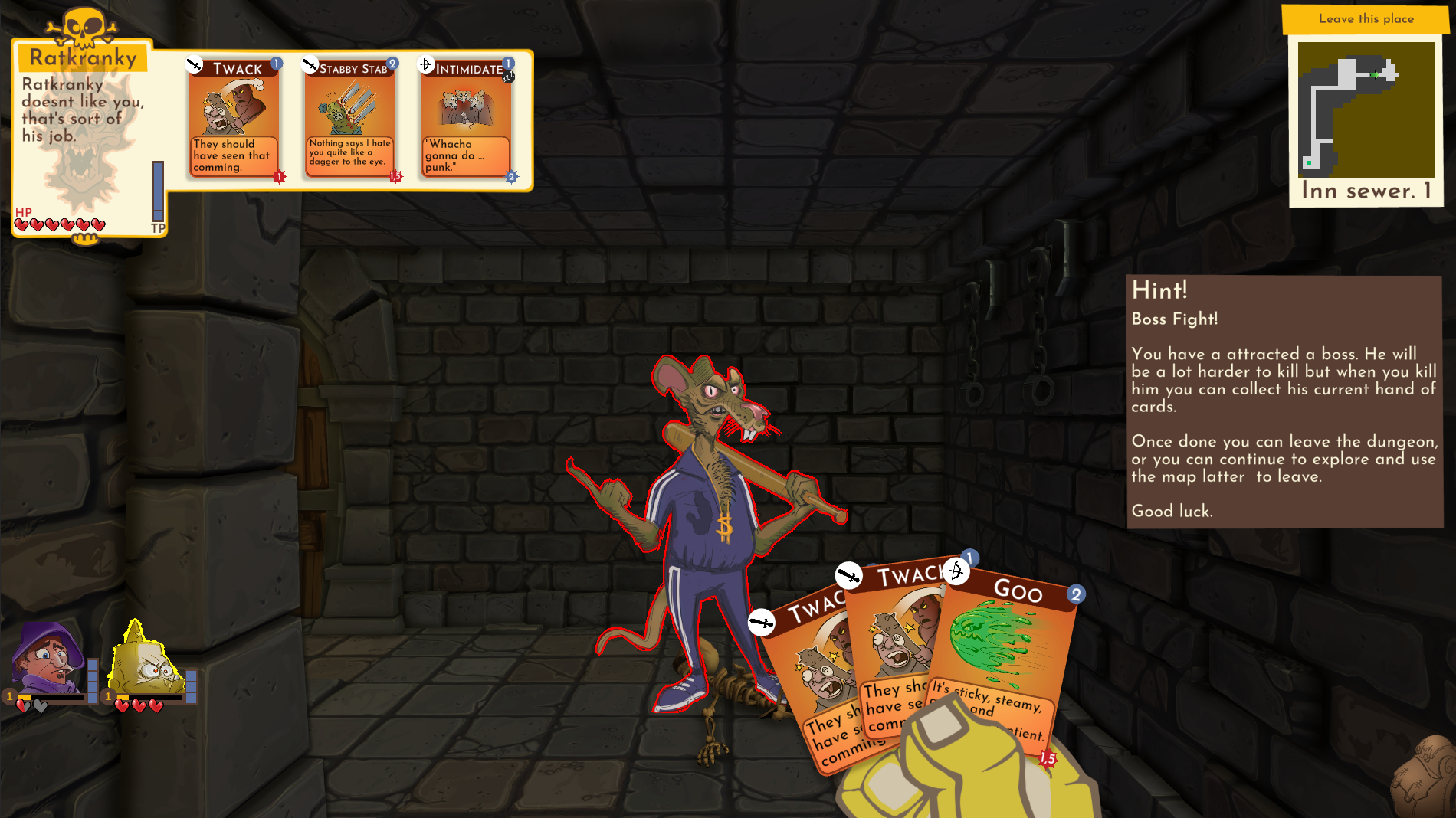 As can be seen from the above image there are also a new hands in the game. So I guess that makes this a FPCG or something like that. One of the issues we are working on improving is bringing the card game more and more into the dungeon. Moving the cards into a First Person style hand contributes to that a lot. As a bonus we also have a unique hand per character additionally bringing their personalities into the game more. We have other steps planned that should bring the card and dungeon games closer and closer together.

These hands have been animated (#dontletyourcodersanimate-ever). The animations may get reworked later but for now they help a lot bringing the game to life. 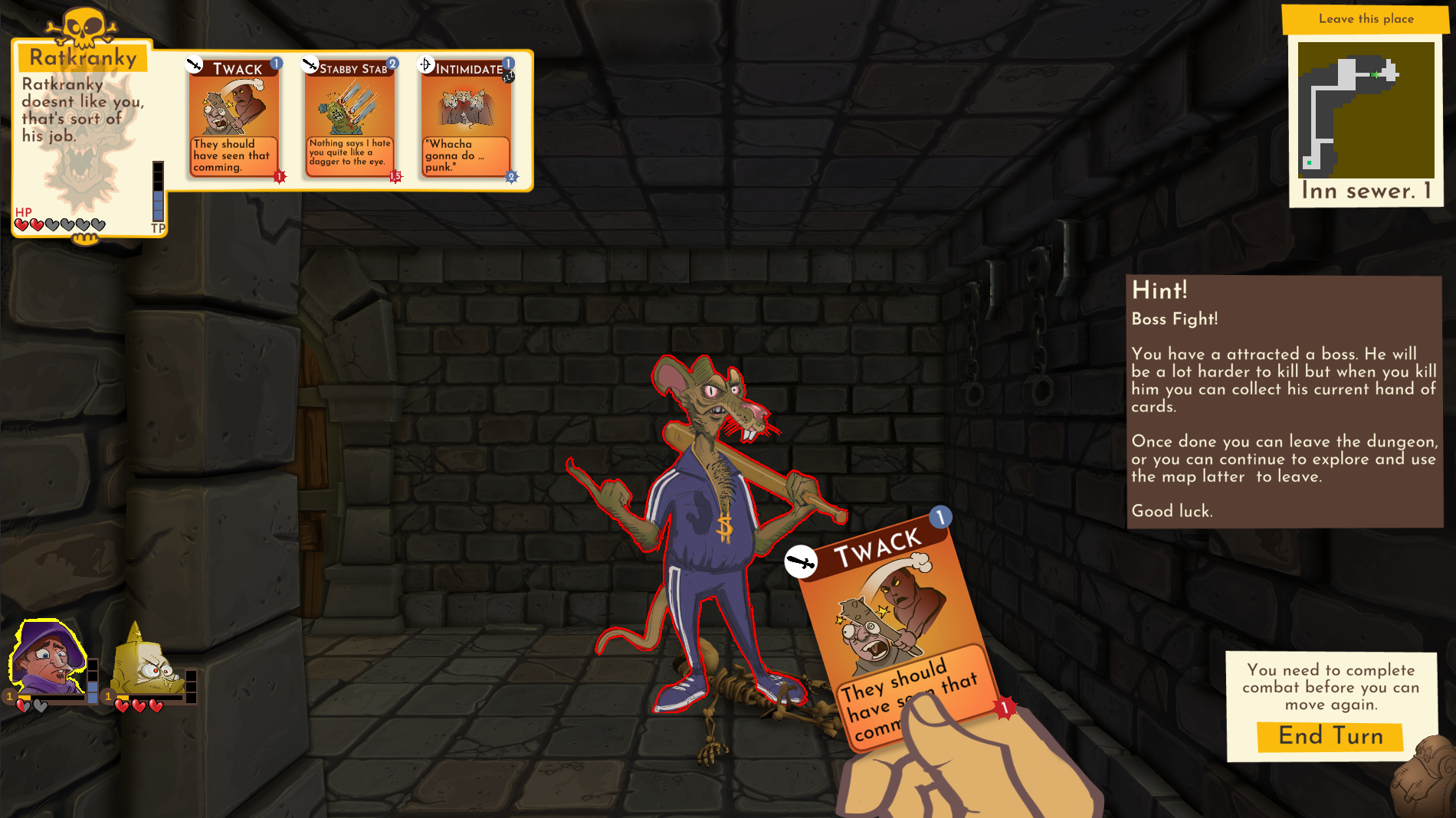 Close up of Twinkie Mages Hand 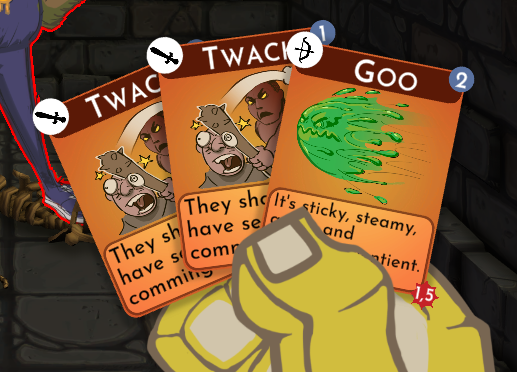